skip to main | skip to sidebar

So...Stephen Fry made an announcement on Twitter this week: 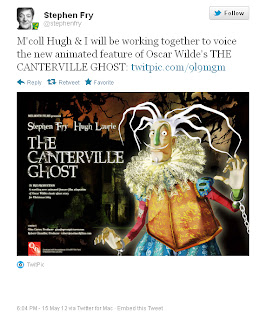 Many congratulations to Robert Chandler, who's producing this fine film!

The Canterville Ghost, starring Stephen Fry and Hugh Laurie, is currently in pre-production and due for release at Christmas 2014. Executive Producers are Jerry Hibbert, Bob Benton and Stephen Fry; produced by Robert "The Silver Fox" Chandler and Gina Carter, directed by Kim Burdon.

Here's a pre-production concept I did for the Garden Of Death:

That is awesome, dude! Love the concept, and cool project!

Love that Garden of Death concept dude.. that looks fantastic!

nice work Jimmy B, love the garden concept very much :)